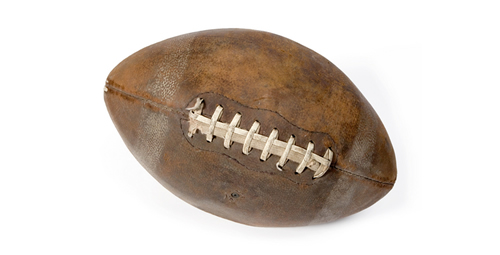 In an earlier post, in June, we discussed the Abbott government’s controversial decision to increase filing fees, including divorce application fees, in the High Court, the Federal Court, the Family Court and the Federal Circuit Court.

We thought we should let you know that the political stoush over the fee rises continues, as does confusion over the issue.

Around the office, we’ve started to call it the divorce-fee cash-cow controversy because, quite frankly, the situation is verging on the absurd.

Did the application for divorce fee increase take place on 1 July?

However, the increase in the filing fees for the federal courts, including the Family Court, did not take place.

Why didn’t the fee increase for filing fees in the Commonwealth courts go ahead?

Labor joined forces with the Greens and other cross-benchers in the Senate to pass a disallowance motion to stop the Family Court fee rises from going ahead.

Like many family lawyers and their clients, the opposition parties were outraged that the Abbott government would use an unfortunate event like family breakdown to increase its general revenue, rather than sink the money back into the over-stretched and under-funded federal court system.

Back in May, Labor MP Graham Perrett criticised the so-called divorce tax and pointed out that the money would not go back into the over-burdened court system.

As we have said previously, we think they have a point.

How did the Attorney-General respond to having the federal court fee rises blocked?

It turns out Attorney-General Brandis decided that this was not the end of the matter. In a move that can only be described as brazen, he responded by reintroducing into the Senate, on Sunday 12 July, similar regulations, which would take effect the following day.

If you check the Family Court website today 27/7/2015, you will see that the fee for lodging an application for divorce is $1,200.

However, people who lodged divorce applications in the family or federal circuit courts before Monday 13 July had until 24 July to pay the old fee of $845.

Is this the end of the matter?

It appears that the controversy over the increase in divorce application fees is far from over.

Both Labor and the Greens have vowed to move to disallow the regulations when Parliament resumes in August.

How can the opposition parties reverse the court filing fee increases if they have already gone through the Senate?

This is where things get a bit technical.

It turns out that there is a question mark over the new regulations because the rule is that once a regulation is disallowed by the Senate, it cannot be introduced again within a six-month period.

While Attorney-General Brandis claims that the new regulation is substantially different from the previous one, Labor and the Greens disagree.

The latest twist in this saga

Labor is now taking the Attorney-General to court over the matter. Labor MP Graham Perrett and Labor Senator Claire Moore will ask the Federal Court to declare that the new regulation is the same in substance to the original rejected regulation and, as a result, has no effect. Labor also want the court to issue an injunction preventing the Attorney-General from enforcing the regulation before the Family Courts. This would mean that people who paid the higher fees between the July regulation and the court hearing would be entitled to be refunded the difference.

The last we heard was that the matter had been adjourned because Attorney-General George Brandis successfully argued he needed more time to prepare to argue the case.

Were you affected by the shambles surrounding the rises in fees for divorce applications?

Our family law team have found the confusion surrounding the court fee rises very frustrating, and even embarrassing, because in a couple of cases we have had to go back to our clients and tell them that the fees to lodge their applications for divorce significantly increased overnight.

We are also appalled that families facing uncertain times are being used as a political football in what appears to be another round of fun and games at Parliament House in Canberra.

Finally, you may like to spare a thought for the overworked staff in the registry at the Family Court, who are still dealing with a very confusing and frustrating situation. A note on the website says: ‘The Family Court of Australia and the Federal Circuit Court of Australia do not set the fee payable in the courts. Fees are set by Federal Government regulations …’. We assume this is because they have received a barrage of complaints from irate and confused litigants, as well as from their lawyers.

We will keep you posted on any future developments.

Are you going through a marriage breakdown? Are you considering filing for divorce? Would you like to talk to an experienced family lawyer about your situation? Please call Vince Monardo on 02 8006 5244 or 0415 286 116 to make an appointment to discuss your family law matter.